At 11:51 am CST (GMT -6), one of the major ISPs in the USA, Comcast, experienced a  peering issue that caused a portion of the Internet to become inaccessible to Comcast users.  Comcast has such a wide reach that both individuals and businesses were impacted.  To those affected, it seemed that some websites went off-the-air and simply did not respond.

Although the routing issues were resolved by 12:30 pm CST, we are still hearing from customers who are responding to delayed alerts.

The good news is that only a small portion of the Internet was impacted.  We did not see a significant dip on our own charts, and traffic from all other carriers was not affected.

Check http://downdetector.com/status/comcast-xfinity/map/ for comments from those impacted. 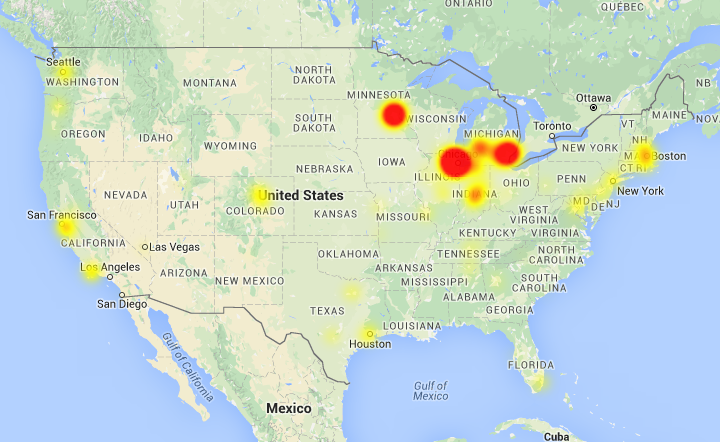 No better web host on the market! Support is second to none.

eBoundHost provides the very best service I've experienced in hosting. It takes less than 24h to get an answer to any question. They're great.

I waited to write a review until I had absolutely everything working, thinking that something would come up that eboundhost couldn't solve almost immediately. I've never been so happy to be wrong - their customer support is just incredible.

There is not a place on this Planet that you can get better service, support or hosting!

I have been a customer since December of 2001, and the service has been nothing less than excellent. I would recommend eBoundHost highly.

1) Their technical support people are always available to help with questions. 2)Server and network speed excellent. 3)Everything works great. 4)I highly recommend them!!!Thank you.

From using your hosting services for dozens of web clients and appreciating your wonderful customer service (all the while enjoying spending my meaty affiliate checks), I look forward to growing with you and watching you evolve surely and steadily into a powerhouse of a force to be reckoned with for your competitors. In an overcrowded abyss of hosting providers it is an absolute MUST to stand out above the crowd if you want to claim your stake and play with the big boys. Period. All I can say is this...Look Out World - GAME ON!!!

Reliability and customer service that is rare and refreshing. We have been using eBoundHost for several years and unlike many companies who's service wanes over the years, the staff at eBound has consistently delivered top notch performance. Bravo!

I came to eBoundHost after a very bad experience with a so called "big boy" - you know one of those places you are only a number. I have been a satisfied customer for more than 4 years now. The support is second to none.